Maybe the confluence of interest from the ATF, FBI, IRS and OSHA are coincidental. Maybe not.

The insidious part of government out-of-control is that you’re a lot less sure it’s coincidence than you were last week.

On November 5th, 2008, I said that the Obama Administration would be the most corrupt in living memory. I was wrong. It’s not merely living memory. And it goes beyond simple corruption.

The American people have been subject to a direct, systematic attack by the federal government, accomplished via the tax laws. Extremely complex laws were combined with bureaucratic ignorance, institutional arrogance, a monopoly on the use of force and a leadership competent solely in permanent campaign mode; in a comprehensive effort to punish dissent, interfere in elections and restrict religious freedom. Information was demanded that could only result in limiting freedom of assembly. Confidential tax information was leaked. Lies were repeatedly told to the legislative branch and to all Americans. When it became apparent that the perfidy would be exposed, and before informing Congress, the IRS staged a passive “Mistakes were made” apology by planting a question at a press conference.

[The IRS] acknowledged it was wrong for the agency to target groups based on political affiliation.

“That was absolutely incorrect, it was insensitive and it was inappropriate. That’s not how we go about selecting cases for further review,” Lerner said at a conference sponsored by the American Bar Association.

“The IRS would like to apologize for that,” she added.

OK, go ahead and apologize, you have our permission. When you do, please reference the First Amendment. And then, name names, fire people and bring charges.

Admit that it was not just groups with the words “Tea Party” in their names. Discuss why, after president “Know Nothing” and his cronies specifically named individual Americans who disagree with the president’s policies, that those named individuals were audited. Expand on your understanding of why it’s wrong for the federal government to demand the content of individual prayers, specifically threatening perjury charges for those so questioned. Tell us why “progressive” groups received preferential treatment in the same time period. I think we need more insight than “inappropriate,” or “poor customer service.”

Tell us if you believe that the root problem is allowing corporations to practice free speech, and whether more regulation is needed. Why is current legal complexity insufficient unto hiding the IRS agenda? Explain why the reasons you gave for the “enhanced scrutiny,” don’t even hold up.

Finally, do you think the IRS transgressions are irrelevant if no one can prove that Obama is directly involved? Do you agree that if the president was involved, it shows that he is the most corrupt, tyrannical leader in American history, and that every branch of the executive division in our government is suspect? If the president wasn’t involved, can any number of straw men, any amount of ad hominem political hackery, any quantity of ignorance pleading – change the fact that it is his Administration?

Before answering, think about what it means if Obama wasn’t involved: The IRS, an agency with the power to destroy every person in America, did all of this on its own initiative.

Explain, please, why your actions did not violate each and every term of the following:

Congress shall make no law respecting an establishment of religion, or prohibiting the free exercise thereof; or abridging the freedom of speech, or of the press; or the right of the people peaceably to assemble, and to petition the government for a redress of grievances.

There is a nascent protest scheduled at IRS locations on Tuesday May, 21st. At noon, I will be at:

Let us see what happens.

There is no such thing as a self-made man. Every businessman has used the vast American infrastructure, which the taxpayers paid for, to make his money. He did not make his money alone. He used taxpayer infrastructure. He got rich on what other taxpayers had paid for: the banking system, the Federal Reserve, the Treasury and Commerce Departments, and the judicial system, where nine-tenths of cases involve corporate law. These taxpayer investments support companies and wealthy investors. There are no self-made men! The wealthy have gotten rich using what previous taxpayers have paid for. They owe the taxpayers of this country a great deal and should be paying it back.

Dr. Lakoff’s advice is important to Democrats. Speeches by Elizabeth Warren and the president have been informed by his writings.

A man who has been supported solely by taxpayers for his entire adult life, every check from the government, may quite naturally confuse his employers with the paymaster. This includes Barack Obama and Elizabeth Warren.

We may debate who today has Mouch as his avatar, who plays Kinnan, who is Toohey, who is Thompson, who Boyle and who Taggart; but Lakoff is unequivocally Rand’s Dr. Pritchett. 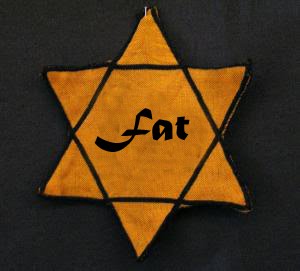 Well, not for you, of course.  For you, it’s just less and less freedom, higher costs and more difficult to arrange loans.

Currency tax: A way to invest in our future (Rep. Pete Stark)

Obesity Rating for Every American Must Be Included in Stimulus-Mandated Electronic Health Records, Says HHS

‘A Commandeering of the People’

Angelo M. Codevilla provides a framework for understanding why the regime class passes such laws and imposes such regulations, and how they get away with it: America’s Ruling Class — And the Perils of Revolution

Quite long, but worth it.

I quote from his Op-Ed in the NYT yesterday:

Watching both the health care and climate/energy debates in Congress, it is hard not to draw the following conclusion: There is only one thing worse than one-party autocracy, and that is one-party democracy, which is what we have in America today. [Well, we tried to warn you, but you won’t listen.]

One-party autocracy certainly has its drawbacks. But when it is led by a reasonably enlightened [The infanticide programs, Tibet, internet censorship, incarceration for political opinion and coddling of North Korea aside.] group of people, as China is today, [If China is led by such paragons, what’s Obama and his crowd, then, unenlightened? Is that possible for a Harvard graduate?] it can also have great advantages. That one party can just impose the politically difficult [as may Democrats, if they absorb the courage of their lobbyists] but critically important policies needed to move a society forward in the 21st century. It is not an accident that China is committed to overtaking us in electric cars, solar power, energy efficiency, batteries, nuclear power and wind power. [It is also not an accident that all those examples involve electricity, that China is building a coal fired power plant every 2 weeks or that we’re not building any nuclear plants at all.] China’s leaders understand that in a world of exploding populations and rising emerging-market middle classes, demand for clean power and energy efficiency is going to soar. Beijing wants to make sure that it owns that industry [So why, again, did we finance nationalizing our auto industry and defunct banks by selling T-bills to China?] and is ordering the policies to do that, including boosting gasoline prices, from the top down. [Good, let them lower their demand.]

Our one-party democracy is worse. [I did not make that last sentence up.] The fact is, on both the energy/climate legislation and health care legislation, only the Democrats are really playing. With a few notable exceptions, the Republican Party is standing, arms folded and saying “no.” [Thank you.] Many of them just want President Obama to fail. [Another way to say this is that we don’t want him to succeed in the way of a Chinese totalitarian oligarchy.] Such a waste. Mr. Obama is not a socialist; he’s a centrist. [The President would be a centrist in China, it’s true.] But if he’s forced to depend entirely on his own party to pass legislation, he will be whipsawed by its different factions. [Obama’s own party is not even as cohesive as China’s totalitariat, and America is poorer for it, go figure.]

Not since Walter Duranty fawned over Josef Stalin, ignoring the show trails and denying the Soviet government created famine in the Ukraine where 20 million were deliberately starved to death, have we seen such disingenuous praise of totalitarianism on the pages of the Gray Lady. Aside from Hugo Chavez, of course, but he’s a piker.

Aside from this being a good example of why I have not seen 1 second of the Olympics, it again shows how needy are the Chinese.

China has orchestrated some of the most subtle cheats in sports history, from refusing to allow obviously qualified US gymnasts visas, to using event organizers to break the US girls’ concentration, to sneaking in underage competitors, they’ve managed to show how desperate they really are to compete on the world stage.