When you’ve lost the New York Times, well you’ve lost an elitist institution most of whose members wouldn’t have bought a Volt in any event.

So the future of General Motors (and the $50 billion taxpayer investment in it) now depends on a vehicle that costs $41,000 but offers the performance and interior space of a $15,000 economy car. The company is moving forward on a second generation of Volts aimed at eliminating the initial model’s considerable shortcomings. (In truth, the first-generation Volt was as good as written off inside G.M., which decided to cut its 2011 production volume to a mere 10,000 units rather than the initial plan for 60,000.) Yet G.M. seemingly has no plan for turning its low-volume “eco-flagship” into a mass-market icon like the Prius.

Quantifying just how much taxpayer money will have been wasted on the hastily developed Volt is no easy feat. Start with the $50 billion bailout (without which none of this would have been necessary), add $240 million in Energy Department grants doled out to G.M. last summer, $150 million in federal money to the Volt’s Korean battery supplier, up to $1.5 billion in tax breaks for purchasers and other consumer incentives, and some significant portion of the $14 billion loan G.M. got in 2008 for “retooling” its plants, and you’ve got some idea of how much taxpayer cash is built into every Volt.

Yep, electric cars are a way to create jobs: for Federal bureaucrats. If that money had been left in private hands, and only 10% of it went to new car purchases, it would have created more jobs for autoworkers than is the case. Not to mention all the other industries that could have benefited.

Not good. Kenneth P. Green, at The American Enterprise Blog, crunches some numbers on the $41,000 Chevy Volt. Read the whole thing, but here are some highlights:

[The Volt is] more than twice as expensive as a comparable gasoline-driven car. …[T]he government will give each …[buyer] a $7,500 subsidy, and another grand if they install their own charger at home (apartment owners … get to subsidize homeowners with this one). President Obama wants a million electric cars on the road by 2015, …[so], it’s safe to assume the subsidy would remain, sucking only $8.5 billion dollars out of taxpayers coffers…

Of course, that’s only the direct subsidies… 80 percent of vehicles aren’t parked in the garage of the person who owns them, which means there are going to have to be a lot of public charging stations built at taxpayer expense. And the gasoline that electric owners don’t consume also takes tax revenue out of the Highway Trust Fund, meaning that if there is massive penetration of cars that don’t use gasoline, some other way will have to be found to maintain transportation infrastructure.

Summary: There will be a Synfuels-like perpetual subsidy for a few hundred jobs. The Feds bought GM, forced it to bring the Volt to market ASAP and are propping up the experiment with your tax dollars throughout the manufacturing and sales cycle. You pay to build them and you pay people to buy them.

Meanwhile, technology marches on. Toshiba has announced it will begin production (in Japan) next year of a competing type of battery for Electric Vehicles, the SCiB (Super Charge Ion Battery). It has some advantages over the batteries planned to be built in Michigan by LG Chem and A123.

The battery’s specs claim 6,000+ charge/deep-discharge cycles with minor capacity loss, safe rapid charging to 90% in 5 minutes, and enhanced safety regarding overheating or shorting out. It could make its way into electric vehicles before long.

Is this a battery that can be built, without retooling, in the Michigan plants being subsidized by government? Will the innovation have to be licensed from Toshiba? I don’t know, and I’m sure neither our Governor nor the President do either. 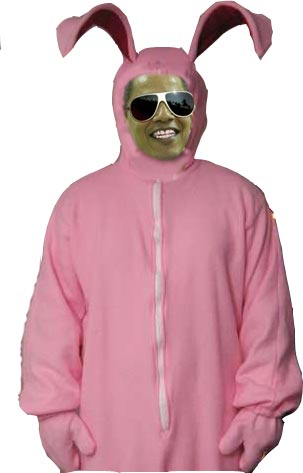 I do see the immediate benefit for the factory owner that will receive the stimulus money, but this money has direct and indirect costs that will ultimately hurt the economy. First, let’s remember that this money doesn’t fall from the sky; in order to spend it, Obama needs to either tax Americans or borrow money (that, or print money), which means less capital for private businesses and potentially higher interest rates in our future. For that factory owner to get his cash, others have to give it up.

Second, you have seen the data but it bears repeating: According to Harvard economist Robert Barro, $1 spent in government spending means that the economy will skrink by $1.10.

…the administration’s $2.4 billion investment in the development of batteries and other electric-car technology in the United States is an enormous bet on a product that has yet to gain broad commercial success. Major manufacturers have yet to sell electric cars in the United States. Hybrids, though they have been around for a decade, represent less than 1 percent of the nation’s roughly 250 million-vehicle fleet.

Although U.S. battery makers could export their products, the global market is glutted, according to analysts. Anderman said global capacity to build car batteries in 2014 will be three times greater than demand that year.

…in 2015, the domestic capacity to build batteries will be more than twice the demand.

It isn’t just LG Chem, the South Korean company mentioned yesterday, getting free money for making batteries that the market obviously doesn’t want. It’s also A123 Systems, based in Massachusetts.

In 2009, the [Michigan] Legislature authorized $100 million “refundable” business tax credits for both A123 Systems and LG Chem.* “Refundable” means that the state will send the companies a check for however much of the credit remains after it cancels any Michigan Business Tax liability.

…According to documents it filed with the federal Securities and Exchange Commission, Massachusetts-based A123 Systems is the beneficiary of a raft of other tax breaks and subsidies provided by Michigan taxpayers, including an outright $10 million grant authorized in March of 2009, another $4 million grant in the form of forgiveness for a state loan, a $2 million “marketing” grant, and as much as $25 million in additional tax credits depending on how many workers it hires, up to a maximum of 300 jobs.

Why not just give the money to 300 individuals? They could invest their share and never have to work. Their investment decisions would be better than those of the government and would thereby create more jobs.

Well, maybe the President needed the practice.  Democrats who are running for office this fall can’t risk close association with him.  How he risks association with Ms Granholm is explained by the fact that he’s not up for re-election until 2012, by which time no one will admit to remembering her name, and that he polls even worse than she does.

Anyway, the point of the Presidential trip was less about jobs than to trumpet a federal subsidy for the possible opening of a South Korean manufacturing business making batteries possibly to be sold in automobiles for which foreseeable demand ranges from minuscule to non-existent.

It wasn’t about jobs.  It was about the power of the federal government to dispense money and its dedication to a fantasy world.  Despite the fact that jobs remain hard to find for the unemployed, the feds can find them easily and everywhere.  Moreover, they can magically connect those jobs to their own efforts and expenditure.

The job salvation/creation program has to get its numbers somewhere, and lately it’s been very light on the creation side of the messianic equation, so why not borrow jobs from the future? The theblogprof’s complaint:

Since the science of temporal job shifting is uncertain, it could turn out to be only 151 jobs.  Or none.  Though I guess that’s been the President’s point for as long as he’s been talking about jobs.  Who knows, right?  Well, I think I do.  It’s related to his interpretation of Einstein’s theory of relativity.

I got A’s in high school physics and have read quite a bit since, so let me try to explain the President’s thinking.  It isn’t simple, even for me, so you’ll have to concentrate here just a bit.

There is some background that can help. It can found in a paper described to the WaPo by David Axelrod as one that Obama “worked on with [Harvard professor] Larry Tribe” which deals with “the legal implications of Einstein’s theory of relativity.”  While you can download a copy here, for our purposes all you need know, fortunately, is the title: The Curvature of Constitutional Space.  Says a lot, doesn’t it?

In the interests of fairness and balance, let us note there are critics (with PhDs in physics) who suggest that if the paper proves anything, it would be that Professor Tribe and student Obama brought to it an abysmal ignorance of physics.

Still, you need be concerned with neither legal nor physical questions.   Here is the condensed version of how Obama’s thinking applies to a Korean owned battery factory in that universe where, like ours, the rules of law may be suspended by executive fiat but where physical reality is, ah, somewhat different from our own:

From this, it becomes simple: Creating 0 jobs = 0. Losing 1200 jobs = -1200. By creating 0 jobs for a mere $151 million, the government has actually offered salvation to 1200 jobs.  Whoa!?  So maybe theblogprof was right in the first place.  It was about jobs.  Well, you can’t tell until you do the alternate universe math.

Even so, the thing I don’t understand is why the president didn’t hold out for China to get the free money (in reference to the US$ I use the term money in an increasingly loose fashion every time I say it). Surely we need China’s good will more than that of the South Koreans.  I mean, the Feds are so good at trading with South Korea that we already have them paying less than half the cost of maintaining the 25,000 US soldiers, sailors and Marines we deploy to defend their country.

So, let’s build those batteries, because $151 million used to be a terrible thing to waste.