“Being lectured by Democrats about how to handle judicial nominations is like an arsonist advising the Fire Department.”
– Sen. Lindsey Graham (R-SC)

Or like hiring a whoremaster who trafficked in minor girls at a salary of $150,000 to advise Portland on how to reform the Police Department. The HR department must have liked his resume.

Portland has already disbanded the Portland PD’s Gun Violence Reduction Team, with predictable results. And 911 calls, if answered at all, are pushing a 2 hour response time.

In May, 236 Democrats and 8 Republicans in the House of Representatives passed the Equality Act, updating the Civil Rights Act of 1964 by adding “sexual orientation” and “gender identity” to Title II and Title VII.

Among other consequences, should this Bill ever pass the Senate and somehow survive a veto, it’s likely to require females who practice Brazilian Bikini waxing (removal of all pubic hair from the pelvic region, vulva, labia, perineum, and anus) to apply their skills to persons possessing a scrotum and a penis. I.e., trans-women. And, for that matter, cis-males.

As to other consequences, it seems to me that if this had been law a few years ago Dr. Larry Nassar could have avoided a 175 year prison sentence for sexually assaulting hundreds of young female gymnasts simply by identifying as a ‘woman.’

Would have saved Michigan State University half a billion dollars, too.

If you can defend their ad, you either didn’t know that (and now you do), or you’re a pawn of toxic feminist dogma. 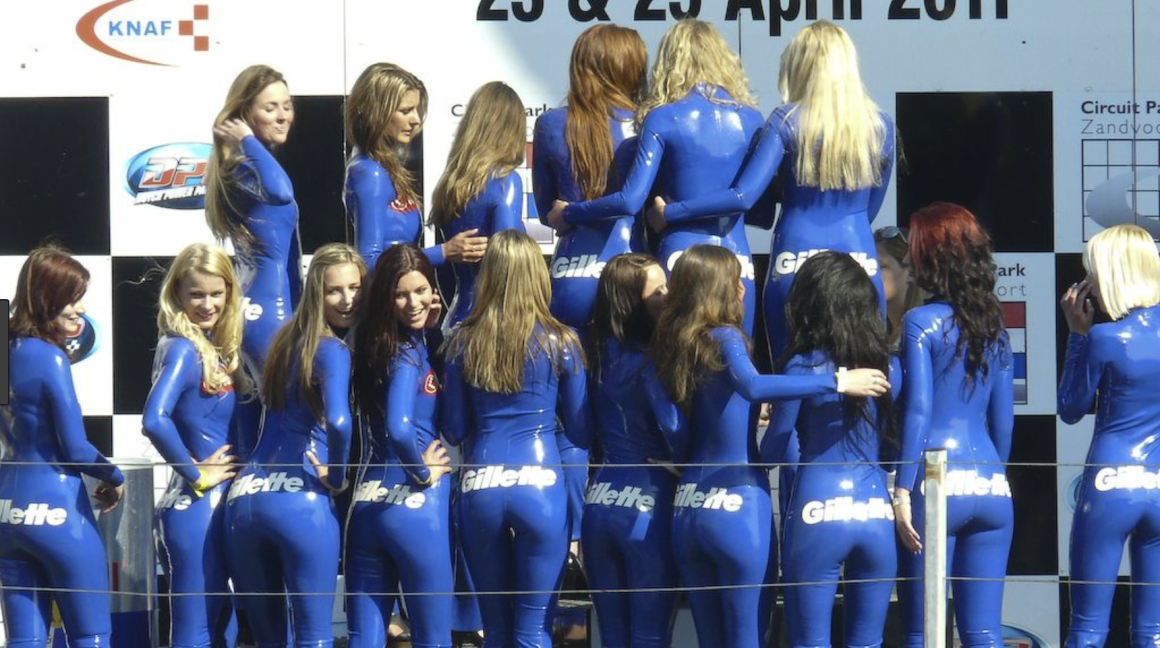 There must be a warm glow there in King Gillette’s corner of Forest Lawn Memorial Park Cemetery as he observes your recent attempt to shed even more market share.

King was a man who really got the idea of planned obsolescence; selling rapidly consumed replacement parts at exorbitant margins. A tradition you’ve followed.  This predatory capitalist practice must have been weighing on his soul… since he was a Utopian Socialist.  Your commercial ridiculing male stereotypes as defined by a small number of Leftist identity group theorists, is a great start on redeeming his hypocrisy.  One thing he didn’t do though, is treat his customers as easily replaceable.

So, I’m not sure you’ve gone quite far enough to corner the #MeToo market, from whence you must expect your replacement customers to come. Pluralizing your time-tested slogan with “The Best Men Can Be!,” is strange when your point is that the natural tendency of men is to be ‘worst’?

Half the things you show as toxic masculinity (stopping bullying and fighting) are things 98% of men would do as a matter of course. Others (groping, speaking over/for women) are practiced by very few men (who already would get called out for it).  Besides, both sexes have their assholes.

Yet other male transgression you illustrate (ogling) is also practiced by women, if more subtly.  As is sabotage gossip, a type of bullying in which men generally do not engage (despite your use of that as one of men’s failings).  Women “do not use their fists, they use their mouths”. Still, no tampon manufacturer, for example, has called all women out for being vicious to each other. Or to men, for that matter.

I’m convinced you didn’t go as woke as you needed to. The slogan opportunity was staring you in the face.  To help get the virtue signaling juices flowing I offer the following suggestion for a truly woke motto: “The Pest Men Can Be!”

Though maybe the word “men” should not be capitalized, or even used. “XY Homosapiens,” however, interrupts the pithiness so necessary to a slogan. Take “Our Blades are F**** Great,” from Dollar Shave Club, as a model.

In closing, I must thank you for interrupting my procrastination. I’ve choked on the price of your blades every time I’ve bought any, but I only shave about twice a week around the edges of my beard, so your outrageous pricing has been more irritating than enraging.

In the past, usually just after a Gillette purchase, I’ve visited Dollar Shave Club and Harry’s, who (horrors) don’t even target market women, though the gentler-sex is allowed to buy Harry’s products without being subject to charges of Feminine Toxicity.

I never pulled the trigger, if that’s not too masculine a cliche. Today, I did. I’m gonna be the best ex-customer I can be.