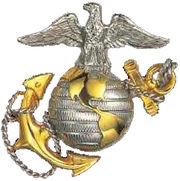 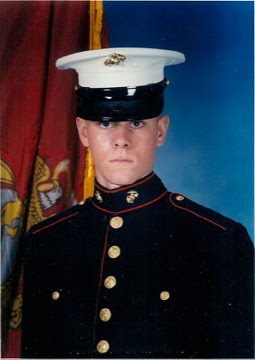 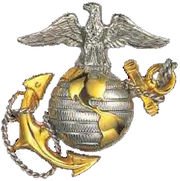 Justice is served upon an anti-military shyster in Chicago. Via Blackfive commenter wp91:

The update: At 1400 hours the defendant showed up, and was told that he was half an hour late. The Judge stated on the record that the defendant had done the same thing during the previous court date, and he said that the defendant called and said that wanted to wait for the media to leave. The Judge said “That is not the way I run my courtroom.” He increased the bail and took him into custody and told him to try and work out a deal with the State. About 25-35 marines and assorted military were there.

The case was recalled at 14:22, and the State said that the defendant had asked for permission to put his belt and such back on. The Judge said, “Treat him like all the other prisoners.” The defendant was brought out and the plea deal that they had worked out was entered into the record.

The Judge asked him if he had committed the specific acts he was accused of. The defendant hemmed and hawed, and the Judge raised his voice to make him say yes or no. The defendant agreed, and the Judge read the facts into the record. Several times, the Judge said if there were no deal, he would be given a court date just like any other defendant, and he could try and make bail soon.

The deal: 1 year Social Service Supervision, restitution of 600 dollars to be paid to Social Services and which would go to the Injured Marine Semper Fi fund, to be paid by February 25th, 2008, and $50/month in supervision fees.

The Judge then, in as angry a voice as I have ever heard him use, scolded the defendant, saying that the Marine license plates the complaining witness had were not vanity plates or about ego, but the proceeds go toward the Marine and Navy scholarship fund for the children of fallen soldiers, sailors and marines. These Marines protect his very existence “so people like you can enjoy their freedom.” He further said that the reason there were so many in the courtroom and so much public interest is that the Marines have a tradition since 1775 that “No Marine gets left behind.” Several Hoorahs in the courtroom.

And then the deal was done, and he was taken away by the sheriffs to be released later.

If there are any questions, I can try and answer them…

Questions to wp91 can be posed at the link above. A transcript copy may be in the works.

I’m still wondering about the $2,400 Sgt McNulty needs to repaint his car. I’m also wondering if there will be any other sanctions against Grodner from the Illinois Bar.

Update: 2:25PM 19-Jan-08
A story with some comments from Grodner – John Kass at the Chicago Tribune. Read the whole thing. Jay Grodner demonstrates that he is indeed the self-absorbed, privilege seeking ingrate his petty vandalism and claims of religious persecution when caught in the act suggested.

John Kass, in the Chicago Tribune:
Marine has vocal fans, but lawyer mum

…It’s not the case of the century, but it has captured the hearts of many readers.

Some want to fix McNulty’s car for free, so he can sell it. Others offered to purchase the vehicle. Several BMW dealers — not wanting their names in the paper — have offered to make McNulty happy in any way possible, from fixing the car to buying it. And other lawyers are offering their legal services, if McNulty wants to pursue a civil suit.

Grodner’s in court again on the 18th. It will be interesting to see what happens.

Appearing today in the Chicago Tribune.

For Marine’s sendoff, his car is keyed
-John Kass

According to the Cook County state’s attorney’s office, it wasn’t an accident, but a deliberate key job, not done by some kid or street thug, but by a Chicago lawyer who apparently can’t stand the military.

Private attorney Jay R. Grodner, 55, of Chicago has been charged with a class A misdemeanor — criminal damage to property — punishable by up to one year in jail and up to a $2,500 fine, said Andy Conklin, spokesman for the state’s attorney’s office.

Late Wednesday, I reached Sgt. McNulty, who declined to comment for the paper but confirmed the facts in the police report.

And I wanted to get Grodner’s side of it because he’s been accused but not convicted of anything. So we called all the Grodner numbers we could find — home and business — including those on the police report and others in the suburbs and Chicago. Many were disconnected, and his cell phone voice mail was full.

And, are you proud?

More at the link.