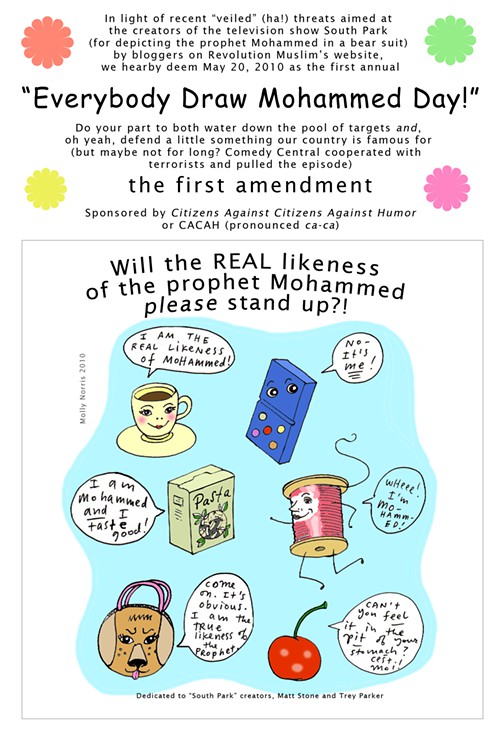 Mark Steyn:
“Hey, thanks for all the outreach! But we’re still gonna kill you.” RTWT

If a beer in the Rose Garden were a collegial sort of thing, where you need not consort with your assailant, I’d say Kimberly Munley is a cop who deserves one.

The woman who stopped a mass murderer

Barack Obama noted that the United States has, in the recent past, been remiss in granting:

The same respect and partnership that America had with the Muslim world as recently as 20 or 30 years ago – there’s no reason why we can’t restore that.

It might have been useful for Obama to provide us with an example or two of the partnership he would like to restore. Here are just a few he could not have cited:

The 1979 seizure of the US Embassy in Tehran and holding of American captives until 1981. An event still celebrated in Iran.

The Lebanon hostage crisis spanning the decade from 1982 to 1992.

The 1993 bombing of the World Trade Center.

In effect, the Justice Department puts the prosecution of individual perpetrators–with all the rights to a fair trial guaranteed by the U.S. judicial system–above America’s national security interest in determining who may be behind terrorist attacks.

And here is a late breaking reminder of what happens with terrorists, even when convicted, under normal procedures of the US Justice system. Remember Khalid Duhham al-Jawary? Neither does Obama.

More on the demise of liberal Western culture in Canada from David Warren. RTWT Then they came for Mark Steyn…

In the olden days, in this country, people who were hurtin’ sang a
country song. I remember my little sister, when she was eight years of
age, singing one in the kitchen, while affecting to wash some dishes.
The lyrics were, as I recall: “My daddy hates me. / My mommy hates me.
/ My brubber hates me. / Everybody hates me and I’m / not very happy.”
It needed at least a banjo.These days in Canada, if you’re feeling down and blue, and you think
somebody hates you, you bring your case to a Human Rights Tribunal. And
the people you think hate you get that knock on the door, celebrated in
the literature of the Soviet Gulag, and wherever else ideology triumphed
over humanity in the 20th century’s painful course. Your daddy, your
mommy, your brubber, or more likely some newspaper pundit gets dragged
before a committee of smug, leftwing, humourless, jargon-blathering
adjudicators. After long delays that are costly only to the defendant
and the taxpayer (and justice delayed is justice denied), you will have
the satisfaction of making your enemy squirm, in a kangaroo court where
he is stripped of the right to due process, in which there are no fixed
rules of evidence, in which the ridiculously biased “judges” make up
the law as they go along, and impose penalties restricted only by their
grimly limited imaginations — such as ruinous fines, and lifetime
“cease and desist” orders, such that, if you ever open your mouth again
on a given topic, you stand to go to prison.

Before you get to feeling smug about Canada’s multi-culti moral-relativist lunacy, don’t forget East Lansing’s very own Nazra Quraishi who told us in a letter to the Lansing State Journal, “Islam is a guide for humanity, for all times, until the day of judgment. It is forbidden in Islam to convert to any other religion. The penalty is death. There is no disagreement about it.”

Quraishi is, or was in 2006, a kindergarten teacher. I do not know her view on “honor killings” involving headscarves, but I suspect she’s much closer to agreeing with the practice than am I.

While we’re on the topic of Canadian Islamist sympathizers attempting to suppress free speech, and to turn the religion motivated strangulation of Aqsa Parvez into a domestic violence story, you would profit from reading Michelle Malkin’s post Whitewashing the murder of Aqsa Parvez…and remembering the murder of Tina Isa. This post contains a transcript of part of an FBI recording of the filicide of Tina Isa by her father ably assisted by her mother.

It is not easy to read. It begins with Tina’s father saying: “Here, listen, my dear daughter, do you know that this is the last day. Tonight, you’re going to die?” Then her mother helps hold her while he stabs her many times.

The FBI was recording goings on in the Isa household because her father was suspected of being a Palestinian terrorist. Catching him murdering his daughter was an accident.