… to the Rule of Law; to the economy; to taxpayers; to shareholders.

This is not Capitalism, it is Fascism. Capitalism actually requires that bad companies be allowed to fail. And their assets, or lack thereof, cannot appear on a government balance sheet.

“It looks like General Motors will be throwing everything in but the kitchen sink to help fluff its second quarter earnings numbers. Taxpayers continue to help with the cause as President Obama campaigns on the “success” of GM following the manipulated bankruptcy process that cost taxpayers $50 billion and another $45 billion of tax credits gifted to GM to help protect powerful UAW interests. We now learn that government purchases of GM vehicles rose a whopping 79% in June.“

And the old channel stuffing trick has been revived to inflate “earnings.”

“Old habits die hard at GM. According to a Bloomberg report, “GM said inventory of its full-size pickups, which will be refreshed next year, climbed to 238,194 at the end of June, a 135 days supply, up from 116 days at the end of May.” 135 days supply is huge, the accepted norm is a 60 day supply. The trick here is that GM records revenue when vehicles go into dealership inventories, not when actually sold to consumers.”

There’s now a shareholders’ class action suit filed because of that.

Who’da thunk there would be political motivation to maintain the illusion that UAW/Federal joint-ownership of a car company was a good idea? In an election year yet… from the most transparent Administration ever to preen before a mirror.

Mitt Romney, along with many others, was right: GM should have gone bankrupt.

Ford pulls its ad on bailouts

This is what happens when government seizes corporations. If it will decide to give money to a corporation going bankrupt, to negate legal contracts… to suspend the rule of law, then government owns the result. In the case of GM, literally and morally.

Criticism of such a deal is automatically politicized, and while political speech may be protected under the First Amendment; what is that to the Corporatist Axis? The Axis will suppress free speech in order to protect its political agenda reciprocal “investment.”

Ford should keep on, I’ll even buy one I don’t yet need just to get in Corporatism’s face.

General Motors CEO Dan Akerson thinks the federal government should raise gas taxes by as much as $1 per gallon. He thinks this would make customers more receptive to smaller more fuel-efficient vehicles.

According to the Detroit News:

A government-imposed tax hike, Akerson believes, will prompt more people to buy small cars and do more good for the environment than forcing automakers to comply with higher gas-mileage standards.

GE already accomplished this with CFLs, so why not give it a try?

Anybody else see a problem with Government Motors petitioning the government for a tax hike? 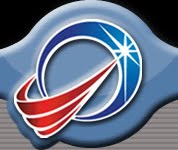 (The new logo of the US Missile Defense Agency)

And finally, be thankful Oldsmobile is no longer a Government Motors brand.

Because it would obviously be easy to change that logo into a factory installed Obama bumper sticker.