Conservative Blogs Learn Of Brett Kimberlin …and more about the Tides Foundation, Barbra Streisand and Teresa Heinz Kerry, supporters all.

Follow the links at the link above. It makes Bill Ayers look like an angel. This story should be more widely known. If Kimberlin had tea party connections, you can bet it already would be.

Harry Reid: “It Is My Constitutional Duty” to Spend Federal Money… “I Fight For It”

Yes he does. This is why we have to rally on Sunday to bring attention to the 10th Amendment: Harry Reid’s oath of office was like Faisal Shahzad’s oath of allegiance to the US when he was naturalized, “I did swear but I did not mean it.”

Faisal Shahzad is the guy who recently attempted to detonate a car bomb in New York’s Times Square. Harry Reid, in contrast, has aided and abetted the explosion of US debt and expansion of executive power which is a bigger threat to this country than anything Shahzad even contemplated.

The Associated Press reports on a thwarted plot to kill soldiers at Fort Dix:
5 convicted of plotting to kill Fort Dix soldiers

Five Muslim immigrants were convicted Monday [Dec 22nd] of plotting to massacre U.S. soldiers at Fort Dix in a case that tested the FBI’s post-Sept. 11 strategy of infiltrating and breaking up terrorist conspiracies in their earliest stages. The men could get life in prison when they are sentenced in April.

The five, who lived in and around Philadelphia for years, were found guilty of conspiring to kill U.S. military personnel. But they were acquitted of attempted murder, after prosecutors acknowledged the men were probably months away from an attack and did not necessarily have a specific plan.

This brings to mind a similar plot that was specific and quite well developed: The bombing of a dance at Fort Dix in 1970. It was intended to kill civilians as well as soldiers, and a second bomb was supposed to go off after rescuers had arrived. Fortunately, that bomb exploded prematurely, killing Weather Underground Organization members Diana Oughton, Ted Gold, and Terry Robbins. These associates and friends of Bill Ayers (Diana Oughton was his lover, with whom he had been living for 2 years) would likely have been charged with attempted murder had they not died. Their plan was quite concrete.

Ayers, co-founder and leader of the WUO, should have been charged with conspiracy to commit murder and with murder, since people died in the course of committing a crime. Instead, University of Chicago professor Ayers is writing revisionist Op-Eds in the New York Times.

I never killed or injured anyone. I did join the civil rights movement in the mid-1960s, and later resisted the draft and was arrested in nonviolent demonstrations. I became a full-time antiwar organizer for Students for a Democratic Society. In 1970, I co-founded the Weather Underground, an organization that was created after an accidental explosion that claimed the lives of three of our comrades in Greenwich Village. The Weather Underground went on to take responsibility for placing several small bombs in empty offices — the ones at the Pentagon and the United States Capitol were the most notorious — as an illegal and unpopular war consumed the nation.

The Weather Underground crossed lines of legality, of propriety and perhaps even of common sense. Our effectiveness can be — and still is being — debated. We did carry out symbolic acts of extreme vandalism directed at monuments to war and racism, and the attacks on property, never on people, were meant to respect human life and convey outrage and determination to end the Vietnam war.

Bob Owens notes in a post titled The Op-Ed the New York Times Wouldn’t Run, that:

Ayers would like to claim he participated in non-violent protests. But he omits the fact he helped organize and participated in the 1969 “Days of Rage,” which left innocents and police officers hospitalized and one man permanently crippled, a maiming his fellow Weathermen mocked with the crude lyrics of “Lay Elrod Lay.” One of the participants in the violence noted that the thugs armed themselves with “steel pipes and slingshots, chains, clubs, mace, and rolls of pennies to add weight to a punch.” The participant quoted was Bill Ayers describing the event he helped create in his own book, Fugitive Days.

The Greenwich Village blast Ayers pathologically claims was the catalyst that led to forming the Weather Underground was actually his group’s third botched attempt at mass murder. Ayers personally ordered mass murder attempts at the Detroit Police Benevolent Association and Detroit Police Precinct 13 in February 1970, using bombs comprised of 44 sticks of dynamite. It was only the Weathermen’s incompetence at constructing fuses that kept these blasts from going off and creating dozens of casualties.

Weeks later the Greenwich Village blast occurred when a terrorist cell of the Weather Underground accidentally detonated anti-personnel bombs they were assembling for an attack against soldiers and their dates at a non-commissioned officers dance at nearby Fort Dix that evening. Had the plot succeeded, the planned attack would likely have been the worst terrorist attack on American soil prior to the Oklahoma City bombing.

Bill Ayers would like to use the fog of time to plead his case that he was just another protester against the Vietnam war, a point that the Times is perhaps willing to let him make considering his longtime association with the president-elect they so nakedly support. No amount of inspired fantasy, however, can omit the simple truth that there is only one significant difference between Bill Ayers and Timothy McVeigh.

Read the whole thing, but here’s a link to the 2nd page of Owen’s post wherein a response to Ayers by Larry Grathwohl, who infiltrated the Weather Underground for the FBI, can be found. “Response to ‘The Real Bill Ayers’”.

John M. Murtagh
Fire in the Night
The Weathermen tried to kill my family.

…Nobody should hold the junior senator from Illinois responsible for his friends’ and supporters’ violent terrorist acts. But it is fair to hold him responsible for a startling lack of judgment in his choice of mentors, associates, and friends, and for showing a callous disregard for the lives they damaged and the hatred they have demonstrated for this country. It is fair, too, to ask what those choices say about Obama’s own beliefs, his philosophy, and the direction he would take our nation.

When asked about his association with Weather Underground founder Bill Ayers, a leader of the bombers, Barack Obama is quick to point out that Ayers’ terrorism took place when he (Obama) was eight years old and that he has denounced the bombings. This is true. Ayers, however, has not. He thinks he should have planted more bombs.

Senator, the problem you have with Bill Ayers is that you call him a friend and your website claims Ayers is “respected” and “mainstream.” 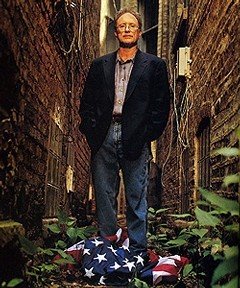