If you’re somehow unaware, there’s a new movie with a black super-hero.

So, of course, the New York Times wonders if white parents should let their kids wear Black Panther costumes. The conclusion seems to be, “Only if it’s combined with a lecture on white privilege.”

The Times had a hard time finding anyone to condemn the idea of white kids having a black hero, and included the appropriate response to their own race click-baiting – “Sterling K. Brown, a star of “Black Panther,” [is] thrilled at the prospect of children, black and white, dressing up as the title character.”

They did find one academic who sounded a cautionary note:

“As parents, or even as the people creating costumes, we need to be very aware of what that says,” said Brigitte Vittrup, an associate professor of early childhood development and education at Texas Woman’s University. “There’s not a whole lot of black superheroes, so this is a really important thing, especially for black kids growing up.”

I wonder if any of the people who worked on the movie, especially the costume designers, were white or yellow or red or brown? I bet most of the people making the costumes for the kids are yellow.

The usual suspects are wandering in the fever-swamp muttering about “cultural appropriation” … of a comic-book fantasy created by guys named Stan Lee and Jack Kirby.

While it’s risible (and racist) to assume black kids will be damaged by watching white kids emulate a black hero, the Times opinion is clearly expressed in its illustration: 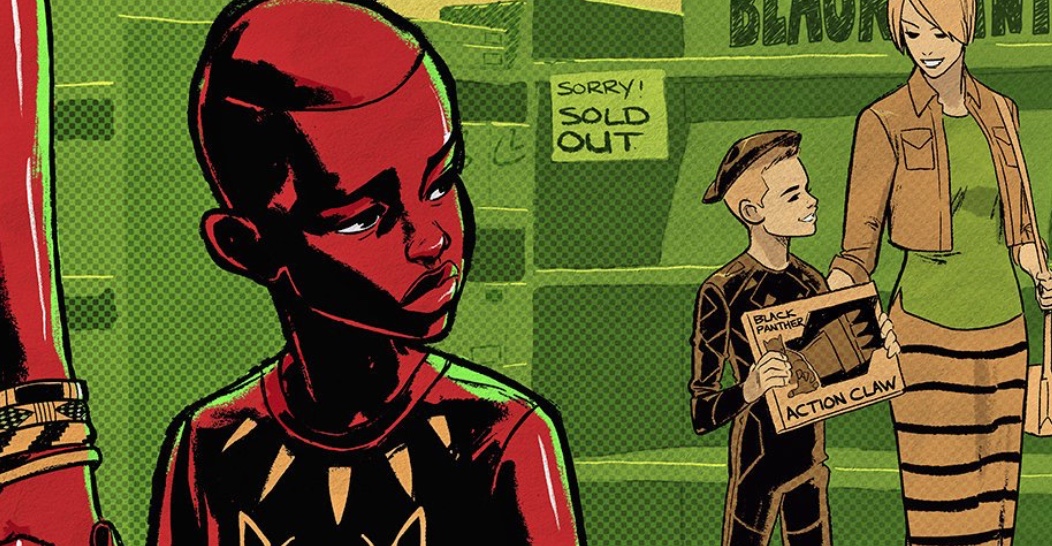 I guess concern about white kids honoring a black hero would be the flip side of “acting white” except that the imaginary country is “a technological utopia known as Wakanda,” where one has to suspect education is revered – and color blind.