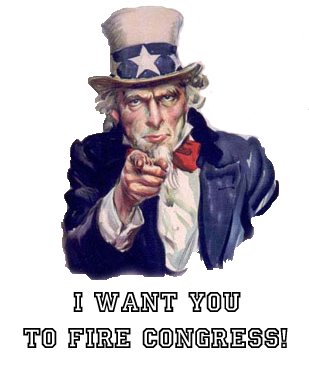 It wouldn’t be quite so galling if they could at least acknowledge it was their social engineering that cost a trillion dollars – and rising – did severe economic damage to the very people they intended to help and has screwed everybody except their corporatist buddies. Instead, Barney Frank promises to do a better job of social engineering next year.

Clinton Democrats are to blame for the credit crunch

For generations, America’s bankers have been firmly refusing credit to those they judged unworthy of it. Yet the mountain of toxic subprime debt that has threatened to overwhelm the entire financial system, and the astonishing number of mortgage foreclosures across the United States, is proof that, at some point in the relatively recent past, bankers radically altered their behaviour and began to shower mortgages on borrowers who had no realistic prospect of keeping up their repayments. What could possibly have induced them to act so recklessly, and so out of character? The facile answer to that question is greed, the lure of a fast and easy buck. The correct answer is that banks were bullied, cajoled and coerced into lowering their lending standards by politicians in pursuit of an ideological agenda.

How Government Stoked the Mania

Perhaps. But before we conclude that markets failed, we need a careful analysis of public policy’s role in creating this mess. Greedy investors obviously played a part, but investors have always been greedy, and some inevitably overreach and destroy themselves. Why did they take so many down with them this time?

Part of the answer is a political class greedy to push home-ownership rates to historic highs — from 64% in 1994 to 69% in 2004. This was mostly the result of loans to low-income, higher-risk borrowers. Both Bill Clinton and George W. Bush, abetted by Congress, trumpeted that rise as it occurred. The consequence? On top of putting the entire financial system at risk, the hidden cost has been hundreds of billions of dollars funneled into the housing market instead of more productive assets.

Beware of trying to do good with other people’s money. Unfortunately, that strategy remains at the heart of the political process, and of proposed solutions to this crisis.

Government Made the Mess

Bankers and politicians say that the government needs to save the $62 trillion credit default swap market from collapse, but how can $700 billion fix a broken market that is nearly 90 times the size of that amount of money? The total derivatives market, which is the real source of the turmoil in credit markets, is $1,400 trillion.

That is 200 times the size of this $700 billion rescue plan. If either the credit default swaps market, which involves companies placing bets on and insuring risk against the likelihood of default on different types of bonds, or the derivatives market is really broken and going to collapse, this relatively small amount of money will not stop that process from happening.

… Nevertheless, the banks and their political friends are asking investors and taxpayers to “just trust them” about the value of these assets on bank balance sheets. If it already weren’t obvious, this is the most blatant attempt yet by the “fat cats” on Wall Street and in Washington to sucker investors and the taxpayer. It’s also strikingly similar to what the Japanese banks pulled off after their bubble burst with government support, and we know how well that worked. It took Japan more than a decade to work through its banking crisis.

It failed miserably and probably made their problems a lot worse. Is that the outcome we want here? My view is that the further away we move form honest and transparent markets, the worse this crisis of confidence is going to get.

Why the Bailout is Bad for America

When government tries to redistribute wealth from rich people to poor people, it causes economic damage by discouraging productive activity by the most successful and by discouraging productive activity from those who are lured into government dependency. The proposed bailout is even more pernicious. It would redistribute wealth from poor people to rich people, and simultaneously encourage reckless behavior by recipients and impose an immoral burden on those that behaved responsibly.

Re: Wooden Arrows — The Rest of the Story

Whatever the merits or not of tax relief on kids’ bows and arrows, it’s got nothing to do with a Super-Duper-Mega-Ultra-Urgent Act-Now-Or-Else Save-The-Global-Economy Bailout Bill. No reasonable person would expect to find the urgent issue of toy arrows addressed in such a bill. So, when it is, it’s an arrow at the heart of one of the great bedrock principles of republican government: public accountability. No citizen can follow the dispositions of his legislature in a world in which the Highways (Emergency Paving) Bill also includes a tax credit for transgendered blow-up dolls. Earmarks are an affront to government by the people.

Reading all of all of the above is recommended.

This bailout is just one more in a series of disastrous attempts at central planning that began with Herbert Hoover and was perfected as a technique by FDR. When faced with what they were convinced was a crisis of hundred year proportions, Congress piled on to citizens by larding the bill up with pork and earmarks. They couldn’t focus on the problem without their Pavlovian salivation over the opportunity to redistribute some loot in exchange for votes. They may have miscalculated. Everyone except the likes of Franklin Raines and Angelo Mozilo, and, of course Chris Dodd and Barney Frank et. al., should be outraged. If not, the experiment is over. Firing Congress is probably too late, and we’re very likely to have Democrats controlling Congress and the White House going forward. Or Republicans who make inconsequentially different noises.

As a nation, we deserve what we’re going to get. It isn’t going to be pretty.

We also deserve to have some principled defense of capitalism in national elected office. But we don’t: We have John McCain, who started this debate by accepting the statists’ premises. I take little comfort in the fact that his principled lack of principle screwed him, too. Sleeping with the enemy is only a good idea if you’re James Bond, and then only once.

This bailout was the largest single step on the Road to Serfdom this country has ever taken.