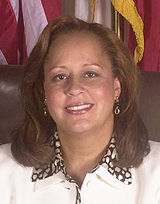 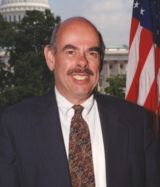 Who are these people?

Before we get to “who,” you should know “what.” These are “airdrop earmark” apparatchiki. You are forgiven for not knowing who they are, or what an airdrop earmark is.

Captain Ed explains the “what” for us: “An airdropped earmark is one that suddenly appears in the conference report between the two chambers when it appears in neither the House nor the Senate version prior to the conference.”

There are 535 elected members of the federal legislative branch. This is far too many to keep track of from memory. Outside of an intimate circle of illegal immigrants in Los Angeles, who would actually recognize Rep. Laura Richardson (D-CA) if they bumped into her at Wal-Mart? And even if you could pick Rep. Henry Waxman (D-CA) out of a lineup of other guys from whom you would not buy a used car, would you admit it?

In an effort to reduce the obscurity and highlight the pork, The Other Club suggests that the 535 members be made more easily identifiable. Since it’s earmarks we’re concerned with here, why not use the long-established earmark method? After all, when you get to have more pigs than you can recognize on sight, you need to take action. The Food and Agriculture Organization of the United Nations tells us how it works. (Don’t tell PETA.) Emphasis mine:

After studying this unit you should know:

1 Why do we identify animals.
2 How to notch the ear.
3 Reading the number of the pig.

Why we need to identify animals

If you have a few pigs or other animals, identifying them is no problem. You will be able to identify them by sight and may well have given them a name. [Such as Henry or Laura.] You will need some way to identify a large number of animals especially if you are going to keep records (see Annex 5). There are many ways to identify animals including numbered collars, tattoos, and plastic tags. Notching the ear is easy and is the cheapest way.

A V-shaped notch can be cut out of the edge of the ear using a pair of clean scissors. Make the notch a few centimetres deep so in future you will be able to read it from a distance.

The notches on the left ear are for single numbers and on the right ear the notches are for tens.

Recording the number of the pig

Look at the notches on the right and the left ears then add up the number on each ear to give the number of the animal.

Recording the number of the pig

There are some drawbacks. This method can only account for 121 out of 535 members. Worse, any appropriations bill to buy 535 of those yellow plastic ear tags normally used in such a case would undoubtedly attract all manner of airdrop earmarks. This limitation is more theoretical than actual however, 121 is enough when this method is applied only to the worst offenders, and anesthesia is not part of the process.

Another issue is that human ears vary considerably in size, shape and angle from the cranium. It seems likely, given our examples above, that notches in Congressman Waxman’s ears would be more readable from a distance than in Congresswoman Richardson’s case. In cases of small, flat ears a prosthesis my be required to force the ears into a more forward orientation, which would supply the additional benefit of making it easier for our most pork-addicted representatives to listen.

3 thoughts on “By their earmarks, ye shall know them”