have an American and a Canadian died next to each other in battle. 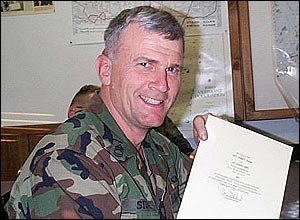 Despite the constant drone of appeasement from stage-left, we continue to grow such Men. It is, frankly, amazing.

Sheehanites aside, we are all grateful.