February 19th, 2006 is The Other Club’s first anniversary. 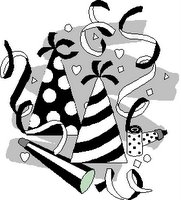 145,000 words and 7,000 unique visitors later (some of whom have even returned) it has been enjoyable and intermittently cathartic. I’ve followed no template. I’ve written about what struck me as funny, or more often outrageous, on a given day. There is a necessity to this. I haven’t got a lot of time to devote here, so the writing needs to come relatively easily. I’m sure this is common to most part-time bloggers.

A plurality of the posts have involved free speech issues – ranging from the McCain Feingold Campaign Finance debacle through American Feminist attempts to suppress thought. I’ve touched on American corporations’ complicity in Internet censorship and extensively discussed the cartoon-jihad.

There’s been quite a bit about Canada’s political process and some comment on the Supreme Court and the meaning of the Constitution. There has been more than a little criticism of the Bush administration, especially on economics. The UN has been mentioned unfavorably.

Finally, there have been many posts attempting to call attention to partisan opportunism where loyal opposition was called for, especially regarding the War against Islamofascism.

Mostly, I write this blog because I like to write and I think I occasionally have something interesting to say. I really appreciate feedback and I pay attention to it. Comments and email are encouraging. I thank those who have visited, and I especially thank those who visit regularly.

I have come to know a few other bloggers via comments and email and for that I am also grateful. Several have seen fit to compliment this blog by linking to what I have written. Thank you.

So, a toast to The Other Club – Happy Anniversary!