Thanks to a guy who is trying to help many hundreds of insurance adjusters help tens of thousands of Katrina victims. To him, I give my gratitude and admiration: for his mettle, for his organizational talent, and for his compassion. He has kept his bearings when all about him could easily lose theirs. 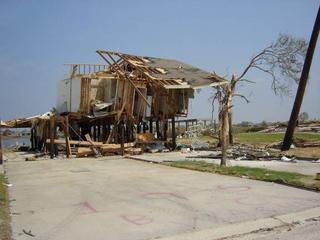 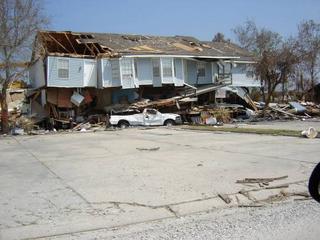 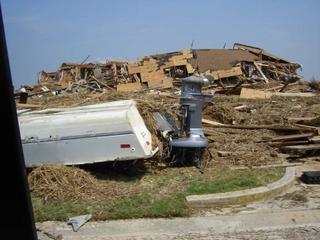 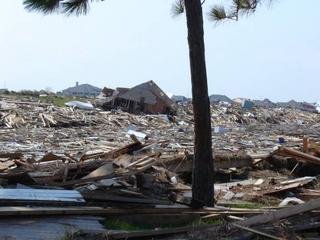 The attention has been on New Orleans and the levees, but here are some pictures of what the storm surge did on the north side of Lake Pontchartrain.

With all due respect to Mississippi Gov. Haley Barbour, who compared the devastation to Hiroshima; Hiroshima didn’t affect thousands of square miles.

Still, those who called his comment relating to Hiroshima insensitive are plainly even less familiar with that devastation.

Those would be the same people politicizing their hangnails by blaming Bush for the fact that they have fingers and toes.

BTW, “Storm Surge” means flood, and it’s quite possible that little of this damage is insured. But, by all means, let’s focus on whose fault it is even before the story is clear. Some of us automatically know that George Bush is responsible for every iota.

Isn’t it interesting that as Donna Brazile, (Al Gore’s campaign manager) comments here, and as the people directly affected by Katrina attest to ABC News (video record here) – that compassion need not be both blind and shrill?

A final thought: I invite local readers to consider what performance they would have expected of ex-Lansing Mayor David Hollister under the same circumstances faced by New Orleans Mayor Ray Nagin.

Would Hollister have left the buses parked? Lansing area residents would answer a resounding: “NO!”

With zero emergency services operating – no ambulances, no 911 -, an extremely fragile infrastructure, and the clear knowledge of Hurricane Rita in the Straights of Florida – would Hollister have advocated repopulation of the worst disaster area in American history? No, not even Cindy Sheehan would do that..

But Ray Nagin was doing exactly that up until about 3 hours before I write this. The Feds had to convince him otherwise, even as they ceded the final authority for this decision to him.

In the face of economic hardship (caused by the possible shutdown of GM plants) for thousands of Lansing workers did Hollister follow “business as usual”? No.

Did Nagin inherit a dirt poor underclass in a corrupt city in a corrupt state? Yes. Did he do anything more about it than had been done in the previous 50 years? No.

I ask local readers, in particular, to consider what the difference would have been in New Orleans if David Hollister had been mayor there instead of Ray Nagin.